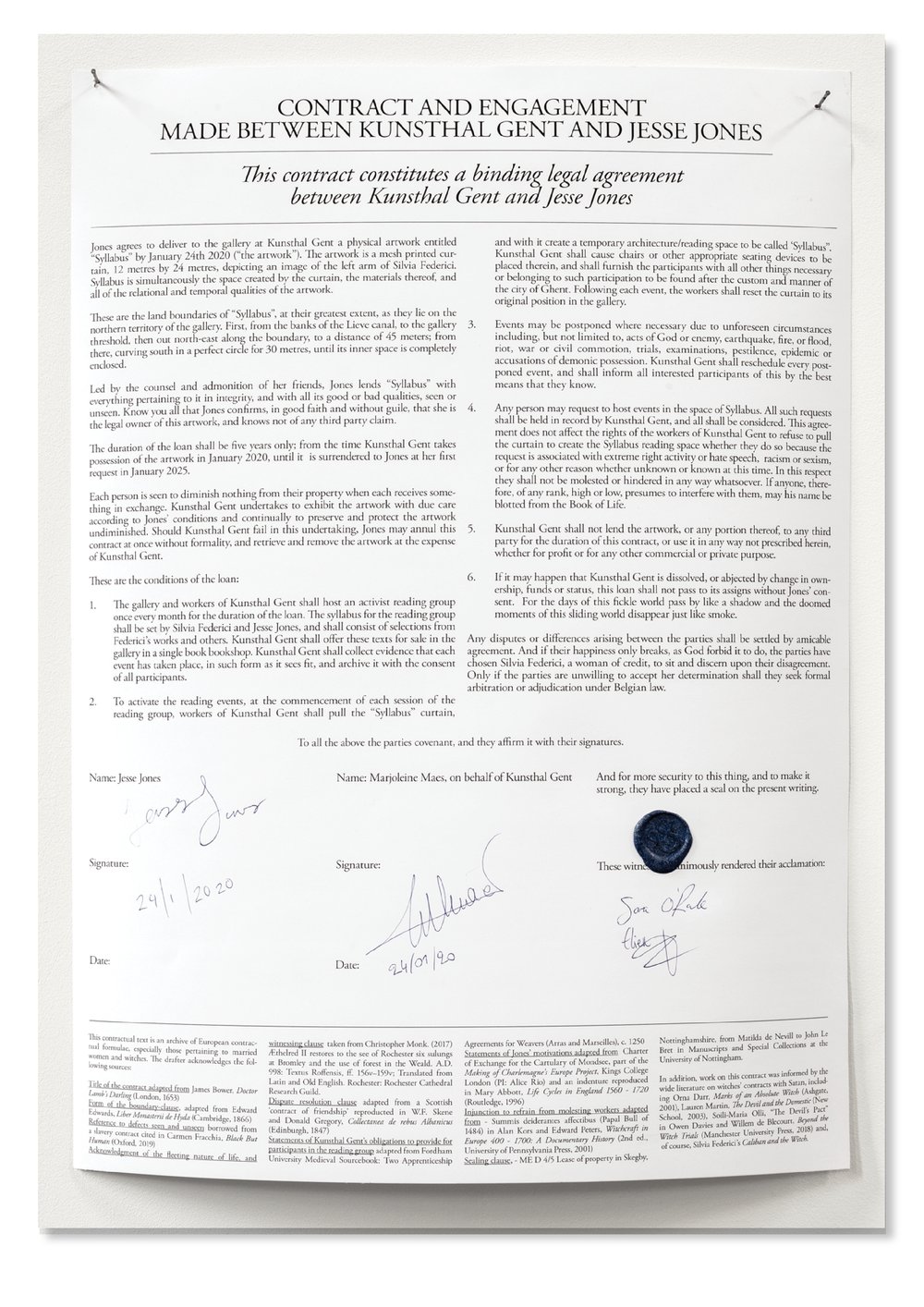 A2, English and Dutch version (recto-verso) of the contract, as signed in Ghent by all parties on Friday 24 January 2020.
Quality print of a high definition picture of the document by Michiel De Cleene, neatly folded in a plastic cover.

More information on the artwork: www.kunsthal.gent/en/exhibitions/syllabus